On Sunday, I arrived in Leuven, Belgium, to begin my two month research visit at KU Leuven.

Yes hello I am a Belgian now

Despite my 2pm ferry from Dover, with an aim to avoid or at least take into account the delays as a result of recent trouble to the continent, I set off for my journey as early as humanly possible; skipping my ritual morning shower followed by a cup of tea and toast to instead tetris my remaining belongings in to my car and do battle with the TomTom update software1.

I arrived at the ferry port by 10:30am without encountering even a minor jam, I’d instructed the satnav to avoid the M20 and was routed to the M2 instead and had plenty of time to avoid using the Dartford Crossing. Rather nicely, I was bumped up to travel on the earlier ferry and checked-in.

Whilst waiting in lane I decorated my car with the mandatory GB sign and headlamp converters, the latter one would be pleased to hear is rather resilient when it comes to repeated peeling and re-sticking. I also fueled up my stomach and wallet before boarding.

The crossing itself was uneventful but comfortable, the sea was very calm. I’d forgotten to put my book in my backpack so resorted to falling asleep instead, punctuating my naps with trips to the sunny but windy outside decks. I purchased an extra GB plate in fear of the current one falling off and an extra set of headlamp converters because I still wasn’t convinced I’d put them in the right place and surely there’s only so much peeling the material can take. 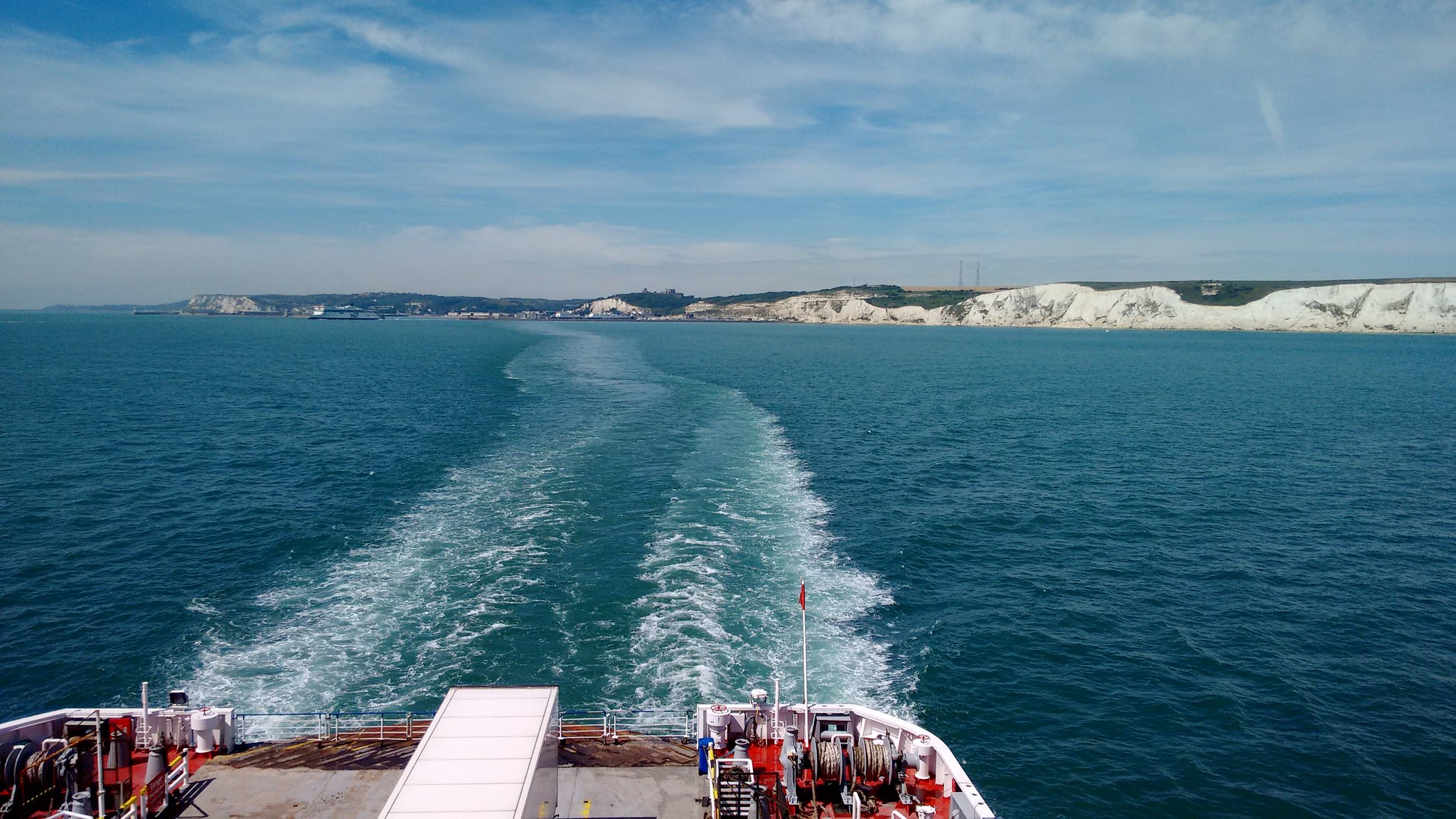 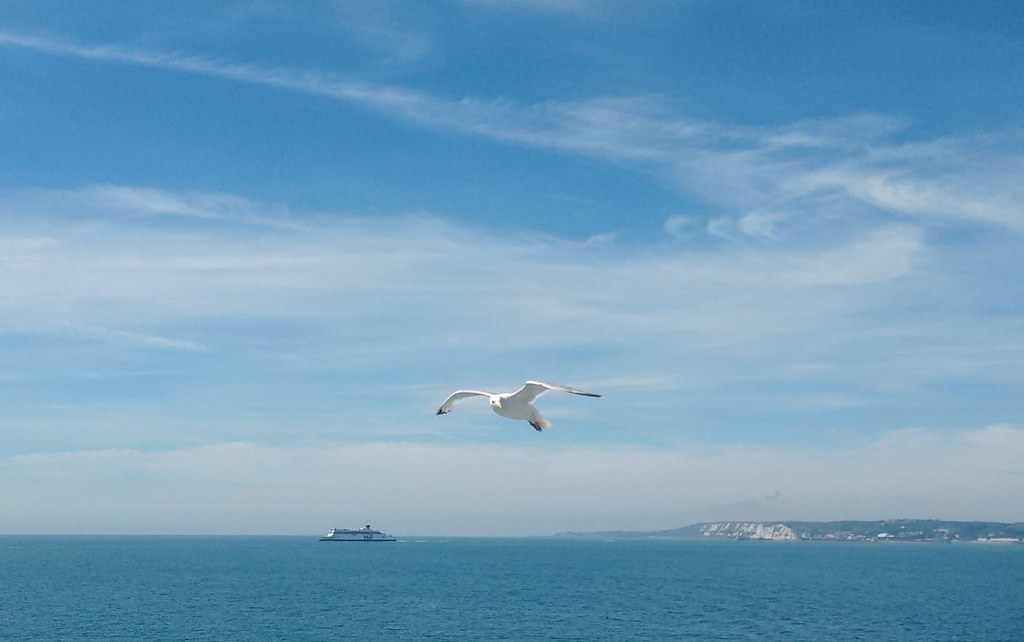 Disembarking at Dunkirk, whilst repeating to myself “drive on the right”, I slowly followed traffic out of the port and over a few single-exit roundabouts. I was a little worried about driving on the “wrong side” of the road and wasn’t jealous when my ladyfiend volunteered to do it on our recent trip to Spain (though I did drive for our awesome buggy tour) but found that it didn’t take much getting used to. I presume this is most likely as I was still driving my own car which I have come to know well and that following the person in front is usually helpful. Driving on my own at night may well be a different story and I’ll let you know how that goes when the time comes.

I was surprised by how quickly I arrived at the Belgian border from Dunkirk. The drive itself was pleasant enough, on the whole the motorway felt far less aggressive compared to driving in the UK. Though, Belgian’s certainly seem to have a different idea of safe stopping distance with many cars pulling right under your nose to share a lane with you.

Before long, my satnav instructed me to ignore an exit for Leuven, before adding over four hours to the journey clock. This was sketchy and had me somewhat concerned but for lack of a better option, I bravely followed instructions hoping not to leave the country. Thankfully, I arrived on Tervuursevest, Leuven’s all-encompassing ring road and the site of my latest home from home. Before I could take action, I overshot the house, forcing myself to briefly bumble through a one way system before coming back on myself to do a U-turn and try again. The house had a driveway and I had to put a bit of gas down to overcome the oddly high kurbs before parking adjacent to what I hoped was the right house. 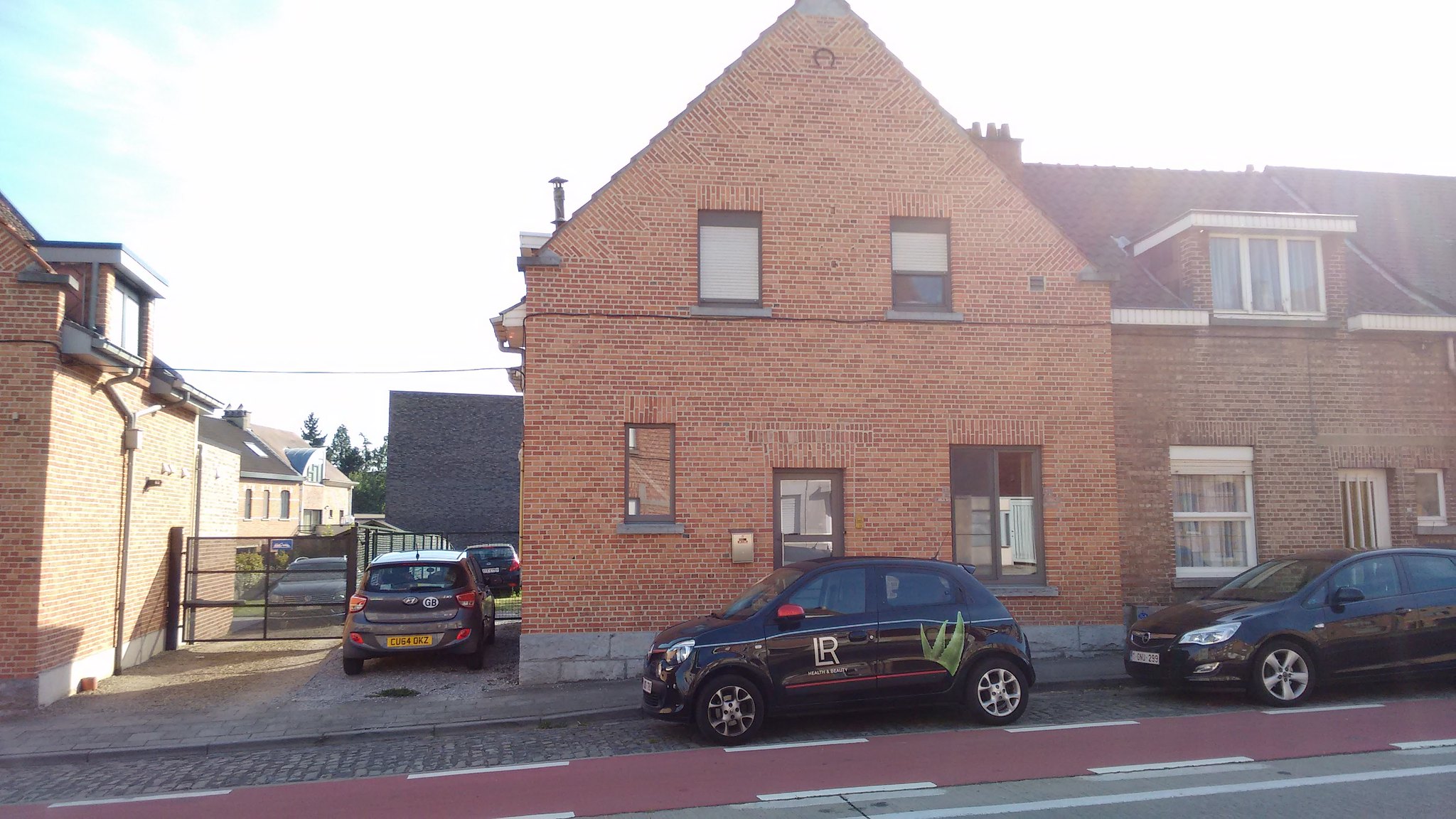 Unfortunately whilst DFDS Seaways was able to accommodate my early arrival, my new landlord was not. I wandered the town of Leuven, not straying too far from home to avoid getting overly lost (a true possibility without data on my phone) and did my best to stay out of the way of the football crowds that had begun descending the town en masse for a game that happened to be on tonight. I tried to find the “Old Town” where some sort of festival was going on, but didn’t walk far enough in to the centre (the roads seemed too quiet to be heading to a town centre so I turned back). 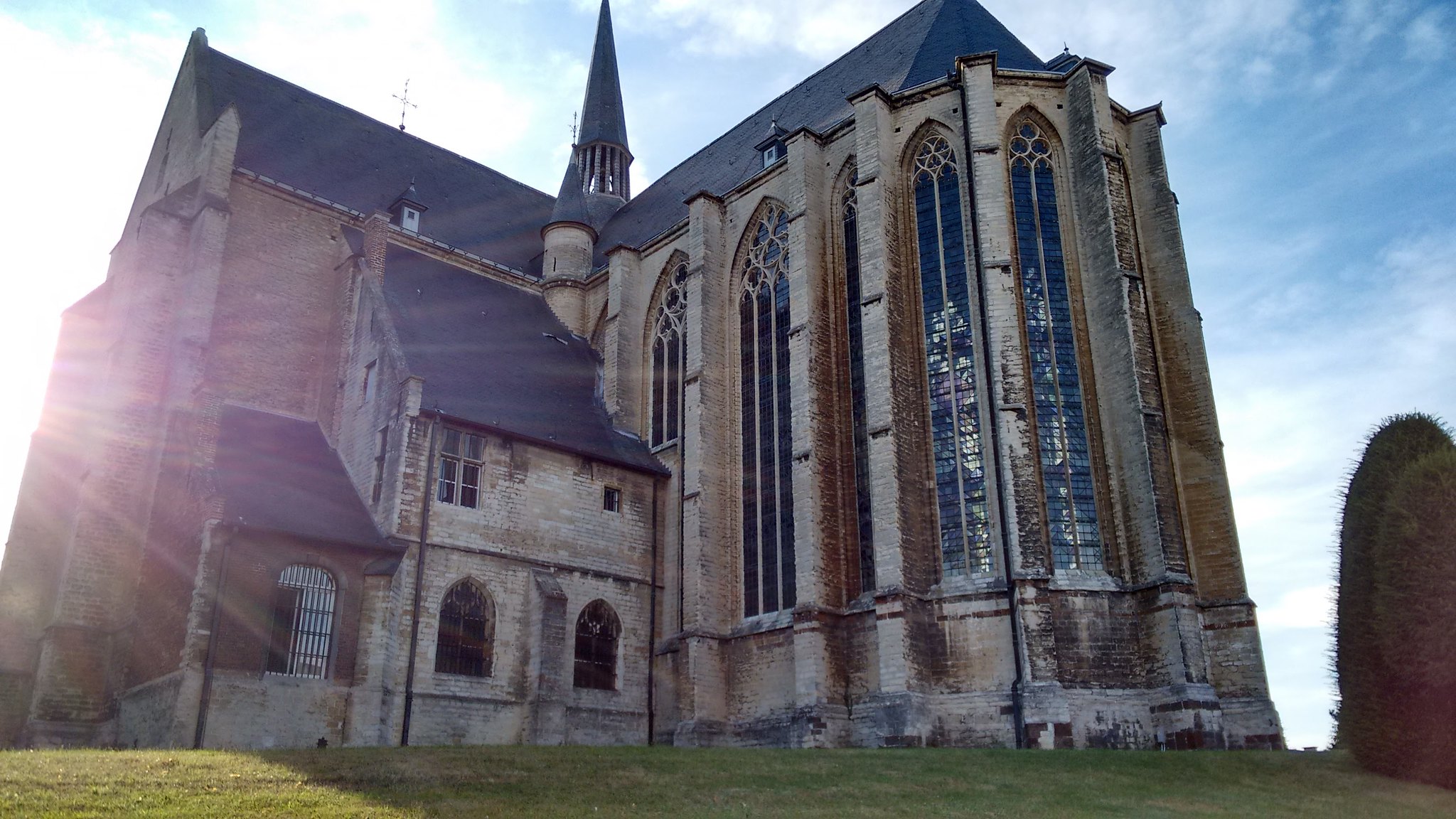 Back at the house, I intercepted my new landlord who showed me around and handed over the keys. The house is pleasant, though the kitchen and shower are perhaps overdue for modernisation and I was a bit surprised to notice a lack of a freezer. The room is probably the largest room I’ve had to my name since I lived with my parents and the double-desk is a welcome upgrade from the bedside table I was using in Cambridge.

As the shops were closed I was left with no other option than to order pizza. Whilst waiting I took a shower that felt well-needed from wandering around in the sun for two hours and made smalltalk with the two out of three flatmates I could locate. I suspect the other one is on vacation currently.

The following morning, feeling particuarly groggy but needing to run errands before I could even get to my first day at work, I set out to Naamsestraat. I needed to present myself with my “invitation” and passport to KU Leuven, fill out remaining paperwork and get my official university card to gain access to their various campuses and facilities.

It was sunny, but not yet too hot and the walk took around 15minutes from home. I was happy to see that I could use my Android phone on the wifi at the house to plan a route that was not lost when venturing to a dataless outdoors. In my eagerness, I arrived half an hour before the office opened, but they kindly let me in to the waiting room where I chose to read the only English language newspaper on display, Flanders Today.

Following a short appointment with some very friendly and helpful staff, I was directed to present myself at the Stadskantoor, or City Hall. As my stay was longer than a month, but less than three, it’s recommended that (even as an EU citizen) I have myself appended to the “Foreigners Register”. Another twenty minute walk later, I arrived at a pretty building and mashed through the Dutch-language computer terminal and was assigned a number. 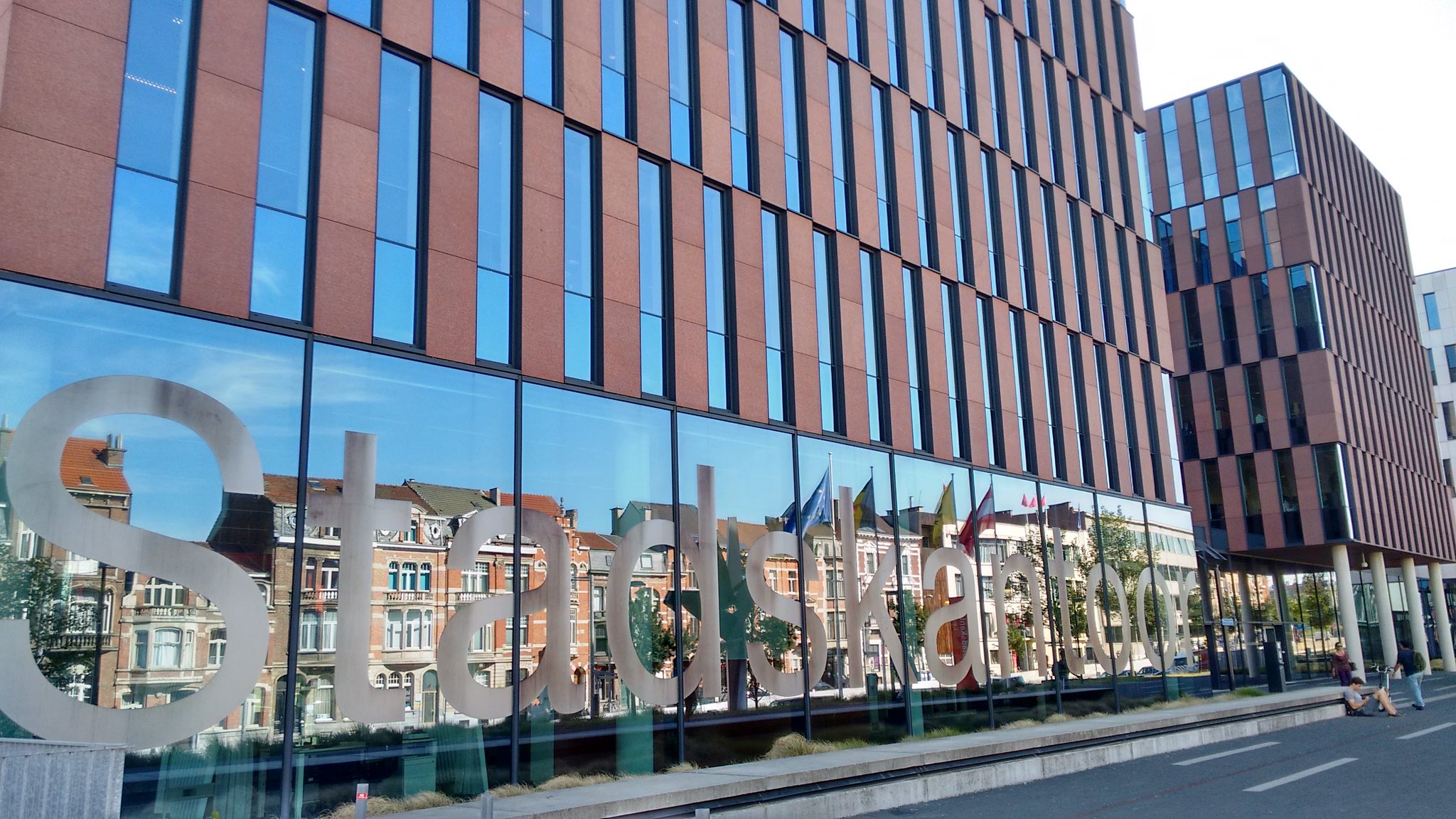 Akin to a Zelda sidequest, I produced letters gained from my last meeting along with my passport and received an official stamped declaration that I was indeed staying in Belgium.